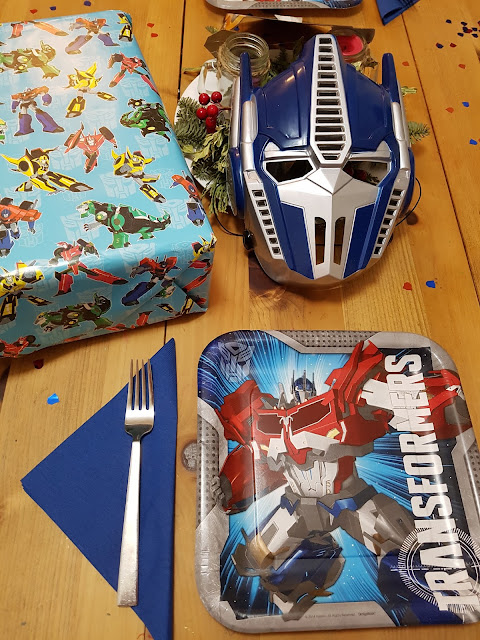 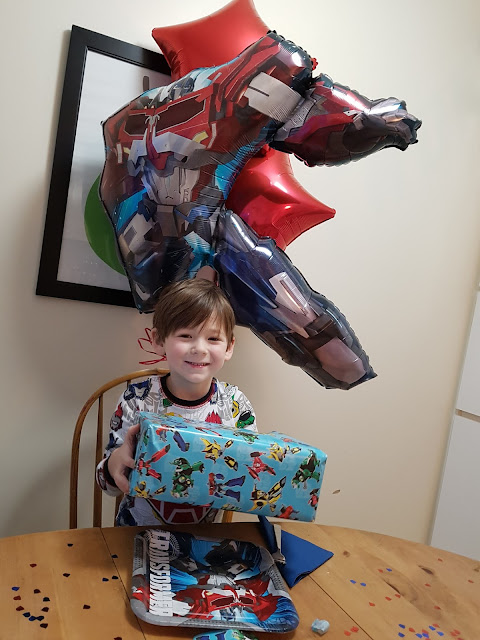 Henry has transformed into a five-year-old! 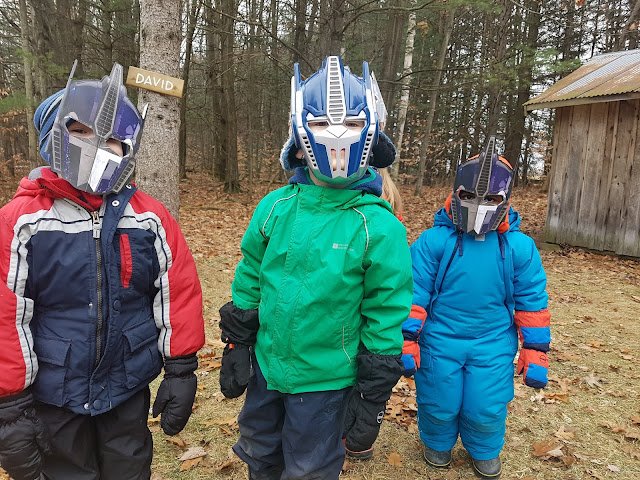 As a baby, Henry never had a favourite blanket or stuffie, but over the past year, he has treated his Ultra Bee Transformer toy like a baby doll. Henry tucks it in at night and brings Ultra Bee with him everywhere he goes. So, to celebrate this milestone birthday, we went with a Transformers themed party at our Forest School. 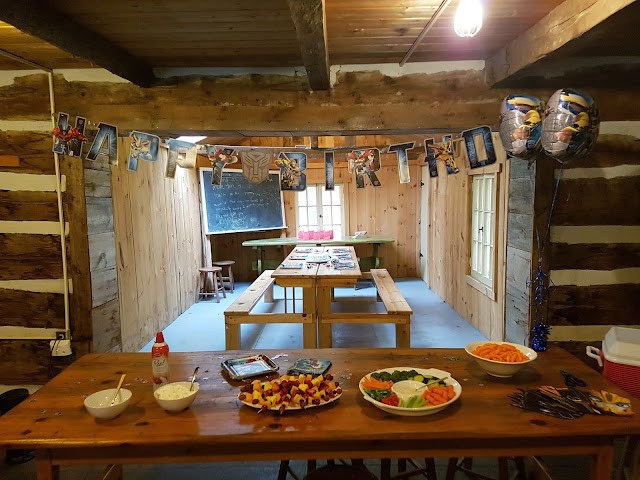 The highlight of the party was the scavenger hunt through the woods. Henry and his Autobot friends were sent on a mission to save our planet from the evil forces of the Decepticons. Once they found the Energon crystals, the Autobots were also rewarded with an Optimus Prime pinata. 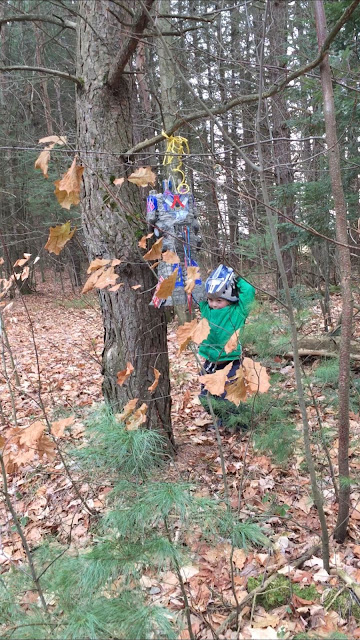 Big, fat snowflakes began to fall as we were gathered around the campfire, roasting hot dogs for our lunch. It was incredibly beautiful. 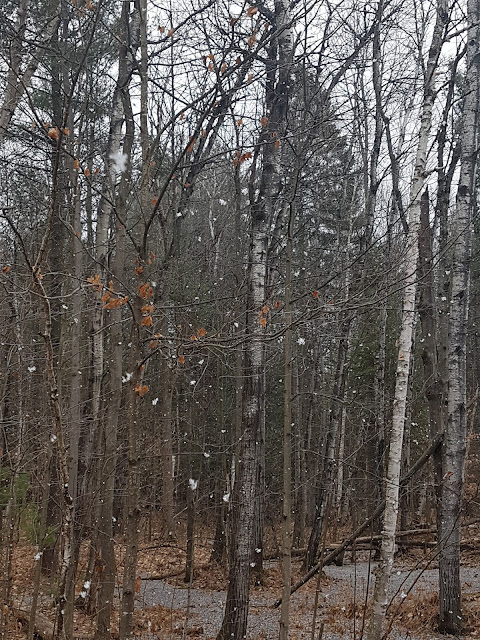 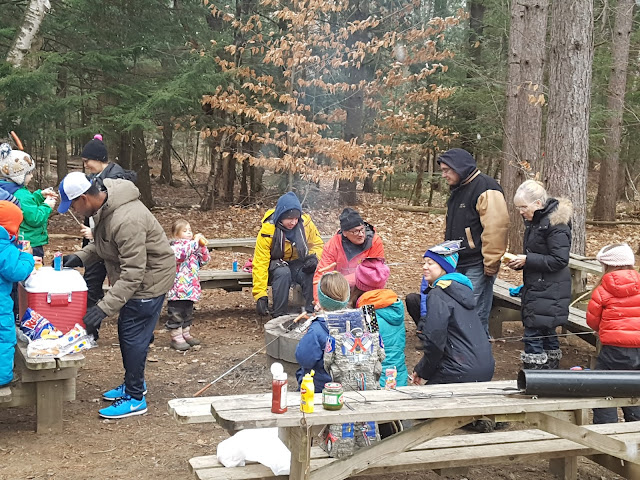 The hot chocolate station I had set up inside our cozy cabin was a hit with the kids. Mix-ins included sprinkles, whip cream and mini marshmallows. Later, we sang Happy Birthday and enjoyed a piece of cake. I baked the cake, but I have to give Mike credit for creating the Autobot symbol out of red fondant. He did a great job!

It was really cute to watch Henry open his presents and homemade cards from his friends. He was so excited about each gift he received and he complimented all his friends on their beautiful drawings. He was spoiled with thoughtful presents and I was so proud that he enthusiastically thanked everyone for his gifts. 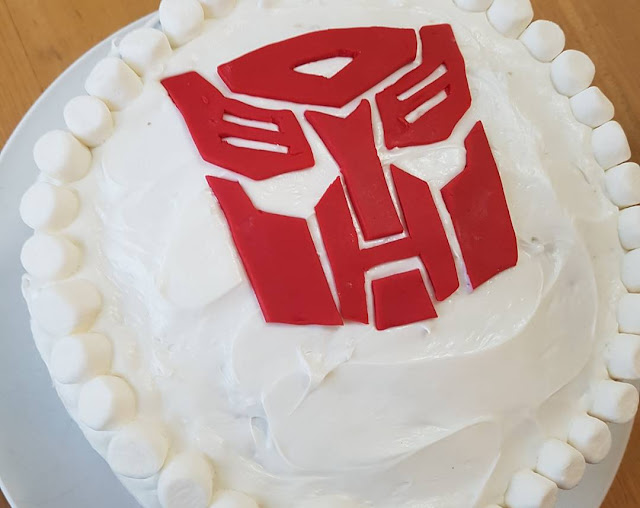 Thank you for transforming me into a mother, Henry. Happy 5th Birthday, sweetheart! 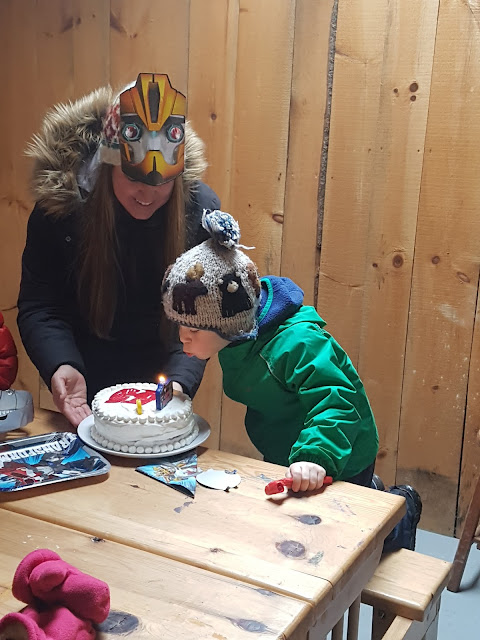 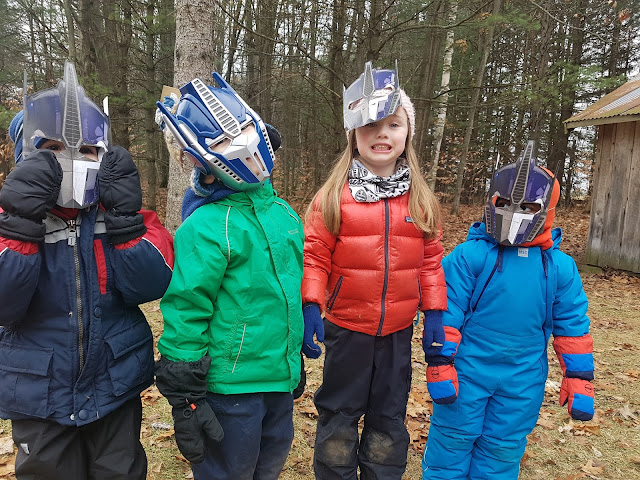