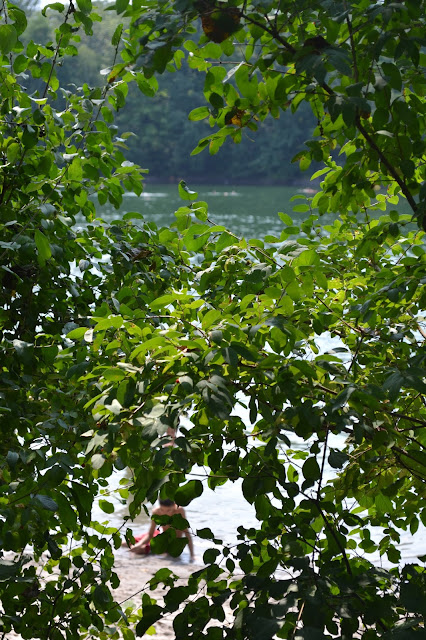 When a girlfriend told me about this secret beach that is hidden in the middle of Ottawa, I packed a picnic and decided to take Henry to this magical place. In fact, I was so excited to find "The Pond", I put Henry in his swim diaper before we even left the house. Bad idea. This first time mom didn't realize swim diapers don't hold pee! I'll spare you the details, but it was a major leak. (Only a minor setback in our crazy adventure though!) "The Pond" is located in Rockcliffe Park, but it's hard to find because there aren't any signs to guide you and the water isn't visible from the street. We drove around the neighbourhood for awhile and eventually found other families in bathing suits. We followed them down a secret path that led to a mystical oasis. 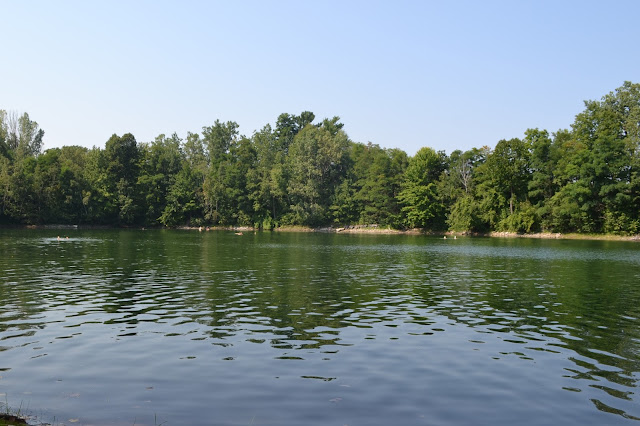 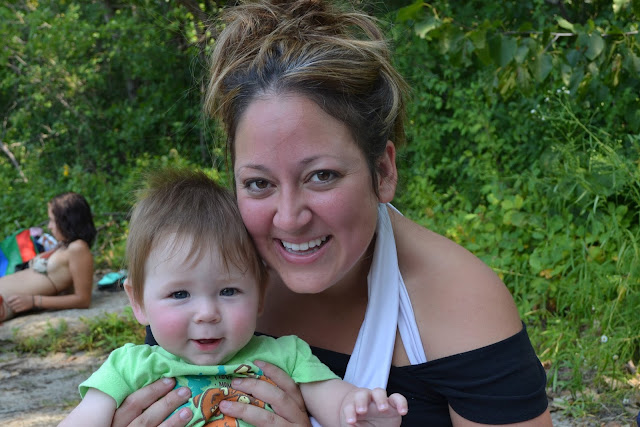 "The Pond" is a natural spring-fed lake passing through the Caldwell-Carver Conservation Area. The swimming hole wasn't too crowded and the water was cool and refreshing. I love that this city beach paradise is so hush-hush because it made me feel like I was in the movie The Beach. Sadly, Leonardo DiCaprio was not at "The Pond" today, but there was plenty of sunshine and happy babies. 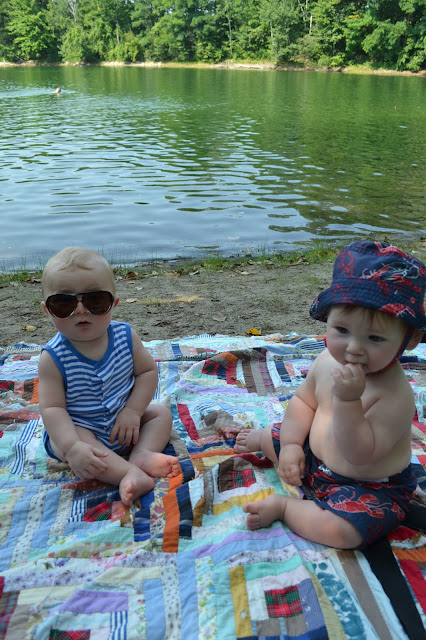 Swimming is open to the public from June to September between 7am and 2pm. I could give you specific instructions on how to get there, but I won't because it's a secret. Besides, it would spoil all the fun.